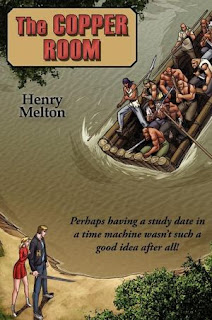 Christmas came early for me this year. I arrived at the post just a couple of short weeks ago to find a copy of Henry Melton’s latest installment in the Small Towns, Big Ideas series. When I find such a wonderful prize waiting for me, it’s hard to finish the reading I’m doing before cracking open the new title from Melton. But I restrained myself (for at least three days), then got right down to business and was (as always) glad I did.

Each volume of Melton’s YA series focuses on a teenage protagonist (or set of same) and the adventures they encounter. Most of the stories include a bit of romantic tension, but this is the first time that the relationship between our two main characters (Jerry and Lil) are thrust into situations that cause their “puppy love” feelings blossom more quickly than most.

Jereomy Harris helps his Uncle Greg build a copper Faraday Cage large enough to be a room. The point behind the invention is to make time stand still (inside or out). It’s the perfect place for Jerry to catch up/keep up with his studies for the last few months of High School. He can cram eight hours of study time in the room into about thirty seconds in the real world time.

Then he meets Uncle Greg’s neighbor’s daughter, Lillian. Lil is a cheerleader for a rival school. But that matters not to the two teenagers. They start seeing each other, then by accident they bump the controls to the Copper Room hurtling them decades into the future. During the course of the adventure, they learn to operate the room keeping them out of trouble, while at the same time letting them influence change in society (even when society has taken it upon itself to self-destruct).

What makes this time travel story different from most (including Melton’s own previous venture into the time travel genre) time travel stories is that Jerry’s time machine only lets travelers go in a forward direction. What makes this new story a different step for Henry is his dabble into romantic teenage struggles. I must applaud him on giving his characters restraint and commitment to purity.

He deals with history, future speculation, what-ifs concerning not only traveling in time, but also life on other planets, space travel, and re-establishment of a society after nuclear war. And he does it in a superb and readable manner. Thanks for the early Christmas, Henry. And reader, even if you don’t get to enjoy this story before Christmas, get it and enjoy it afterwards. I’m sure that you’ll enjoy it as much as I did. Five reading glasses.

[This book was provided for review by Wire Rim Books of Hutto, Texas. Opinions are my own.]
Posted by Benjie at 9:27 PM No comments: 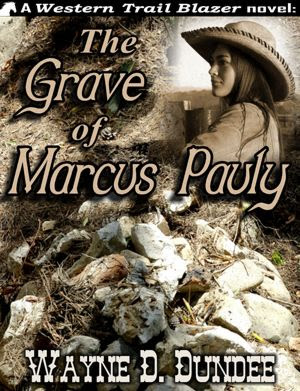 Since I said I wanted to read some more of Wayne D. Dundee’s work, I found another short western novel (novella), just waiting for me to download to my Nook. And I’m glad I did. For one thing the story’s dedication note is to three of my favorite writers (James and Livia Reasoner and Bill Crider). What better endorsement (at least in my opinion) to read someone’s work than that they enjoy and are acquainted with the same authors that you read.

Annabelle Heath wants nothing more than to fulfill her dying mother’s last wishes—to find her uncle’s (Marcus Pauly) bones and retrieve them for a “proper Christian burial” back at the home plot in . The big problem is that the only one who knows where the body was buried is the man who buried him—Marcus’ riding partner who was with him when the deceased uncle was shot escaping from a botched bank robbery.

Ford Ramsey had served his time after having been caught by the posse following that same bank robbery. He has found a menial job in the livery and just wants to live out his life. But when Miss Heath shows up with a story of a prison-penned, heart-felt promise, Ramsey decides that he has nothing if not his word. In deciding to help the young lady find her uncle’s body to return him home, Ramsey destines them both for more than just a rough week’s worth of camping, and discovers that old rumors die hard.

This little story reads fast and well. If you like a good western, download a copy to your eReader of choice and spend a couple of hours in the old west. Four out of five reading glasses. 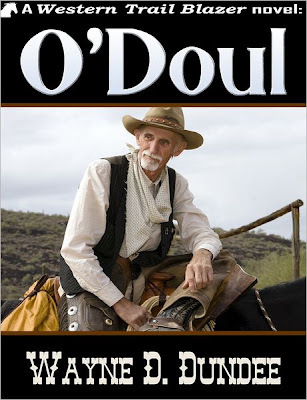 
Wayne Dundee is a retired manager who spends his time writing these days. He lives in the historic town of , , which should be a good source of inspiration for his Western short stories and novels. His fascination with reading and long-time reader relationship with writers like John D. MacDonald might explain his prolific pen in the realm of Private Eye mysteries. This is my first encounter with , but I suspect I’ll be looking into some of his award-winning writing in future.

This novella introduces readers to O’Doul, a crusty old ranch hand that you know has seen a lot in his past. In this story we encounter the title character as everything seems to be falling apart for him and all of those around him. Working for a rancher whose own life and marriage are falling apart doesn’t help matters any. And O’Doul finds himself trying to corral the whippersnapper of a co-worker who can’t rein in his own emotions.

Like any good western story, this one includes horses, cattle (complete with tragic stampede), and gunplay. It won’t take long to get through this short work (about 83 pages in length), so you’ll be able to enjoy a relaxing afternoon in Pitchfork Creek. Owing to its brevity, O’Doul does broadcast the resolution early in the book (to the alert reader), but this doesn’t distract you from enjoying the story, and you can’t go wrong with a good “shoot ‘em up”. Four out of five reading glasses. 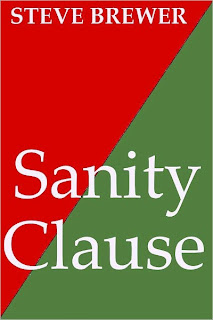 What’s better than a good mystery at Christmas? Or at least second to a good, tear-filled syrupy, get right with the Christmas Spirit holiday tale? Not much. And if you’re going to read a good mystery for Christmas, it’s nice to have a well-established serial writer with a great, stumbling upon the answers private eye waiting in the wings. I started reading Steve Brewer’s Bubba Mabry series almost from the very beginning—I did start with the first of the stories—you know, before Bubba was married (which he is in this story). Aside from the Mabry series (including Lonely Street, Baby Face, and Witchy Woman among others), Brewer has introduced us to Drew Gavin (EndRun and Cheap Shot).

When this story appeared a few years ago in a paperback anthology entitled The Last Noel (2004 Worldwide Mysteries, also includes stories by Catherine Dain, Linda Berry, and Mat Coward), I missed the season. Then the book disappeared from almost anywhere. So when I found I could download it to my NOOK eReader for cheap, I snatched it up. ‘Tis the season for savings after all.

Bubba Mabry, Scrooge-like Christmas hater, is in need of work. So when an undercover job is thrown his way, he naturally takes it and complains about having to watch all the Santas at the local mall, to keep them from doing anything to cast a dark cloud over the mall’s Santa’s Workshop during the festive season. How was he to know that the best of the Santas would turn up murdered in the locker room just at shift change?

This delightful little mystery is filled with Christmas references—including suspects with suspiciously Christmassy names like George (think Bailey and It’s a Wonderful Life) Marley (think Dickens’ timeless A Christmas Carol), and . . . wait for it . . . Carol Tannenbaum (the dead Santa’s sister no less). This little novella moves right along and is filled with great characters, action (car chases, fist fights, and even a moving train scene)—all the things that make a good mystery a, well, good mystery. It’s available for your eReader (Nook, Kindle) or collected in the aforementioned anthology if you can find a copy. Get it, you still have time to read this page-turner before Christmas.

I give Steve Brewer, Bubba Mabry, and Sanity Clause four and one-half reading glasses, and a hearty ‘HO-HO-HO’! 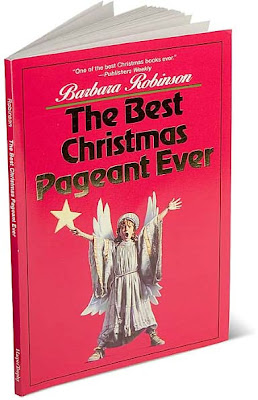 
Many of you have read (or at least seen the play based on) this Christmas classic. I read it again just the other day. The writing was so good, and the sentiment so perfect, that I’m reading it (a chapter at a time) for the kids’ bed-time story over the next several days.

“The Herdmans were absolutely the worst kids in the history of the world.” That opening sentence tells it all. The little book tells the story of how these horrible children got involved in and, to everyone’s surprise, did not ruin the Christmas pageant. Everything had gone wrong this year—the regular director broke her leg, and then the Herdmans showed up.

If you’ve never read TheBest Christmas Pageant Ever, you should read it this year. If you’ve never seen the stage play, find a local drama group that’s performing it, and go. If you absolutely have to, you can watch the video of the Loretta Swit version that was produced about thirty years ago (but you’ll be happier if you go to a stage production or read the book).

This book should be on your Christmas read list right along with the Biblical account, and Dickens’ AChristmas Carol (and SomethingSpecial at Leonard’s Inn). Another five-reading glass read.

Posted by Benjie at 9:16 PM No comments:

Last year I posted a suggested reading list for Christmas enjoyment. I personally like to read two or three (more if time permits) books that focus on a Christmas theme during the holidays. Here are some of the criteria that keeps a Christmas book on my shelves for visiting later:

A Christmas book must:
These criteria also fit for a good Christmas movie. I know that many of the Holiday movies these days are trying to get a big laugh, but there has to be some sappy sentimentalism or it won't work for me.

Here is a list that might get your Christmas reading started this year:
That ought to be enough to get us going. Enjoy your reading this Christmas and may the Light who is the Season warm your hearts.
Posted by Benjie at 2:24 PM No comments:


Click on the logo to enter the Christmas Contest!
Posted by Benjie at 2:14 PM No comments: