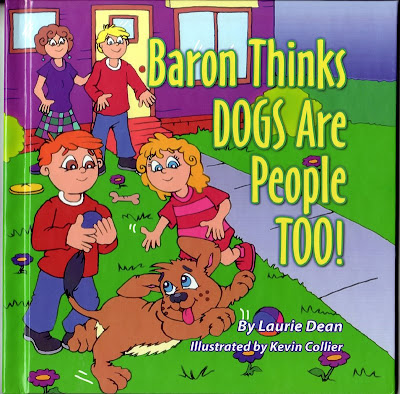 When Laurie Dean decided to write a book for children, she wanted to write one that her grandchildren would enjoy and want to read to their own grandchildren. So she turned to an inspiration that would stand the test of time – her dog. And in doing so she hit on a combination that would fit the bill: pets, friendship, and children.

This book will speak to the hearts of parents and children alike, and will appeal especially to the dog lovers in the reading audience.

The accompanying artwork has a tendency to distract the reader at times – almost overwhelming the page. But the pictures are appealing to the eye and consistent with the story. Small children will be especially happy when Mom or Dad reads this to them. I’m looking for more great books from this talented team. And give Baron Thinks Dogs Are People Too! a hearty four reading glasses.

Posted by Benjie at 2:19 PM No comments: 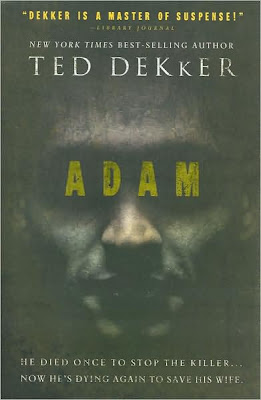 Ted Dekker doesn’t always hit the mark for me (see my review of Skin). Even so, he hit a home run with his recent thriller Adam.

Adam is the story of a serial killer known to the FBI as Eve. He has killed fifteen young women in as many months, and law enforcement officials are hoping to catch him before number sixteen. He kills every new moon and has developed the habit of writing the word “Eve” on the wall over his victims in blood, leaving the victims in basements, cellars, and caves.

Daniel Clark is the behavioral psychologist who leads the chase of the elusive Eve. His obsession with catching the killer has cost him his marriage, and perhaps his sanity. Upon locating victim sixteen alive, Daniel comes face to face with Eve and is shot for his effort. New team member Lori Ames, a pathologist imported from to help in identifying and catching Eve, works feverishly to resuscitate Daniel after the fatal wound. Through some miracle (which Daniel doesn’t believe in) her efforts are rewarded, and Daniel lives again to obsess over Eve.

When Eve takes Daniel’s ex-wife, Heather, as victim number 17, Daniel determines to catch up to the killer and save Heather, even if he must die in the process.

Adam reads like a procedural part of the time and a suspense/thriller at other times. Dekker throws in the cleaned up “reporter’s” account in the form of periodic interruptions throughout the book that claims to be a “Nine part series” of reporter Anne Rudolph. For Crime Today, Rudolph chronicles the lifelong travails of kidnap victims Alex and Jessica Price. In essence, you get two takes on the same tale from two different perspectives.

This is a work reminiscent of Dekker’s earlier rocker Thr3e. If you’re fond of suspense or thriller writing (especially with a whopper of a twist) you’ll enjoy this read. I know I did. I give Adam 4.5 out of 5 reading glasses. 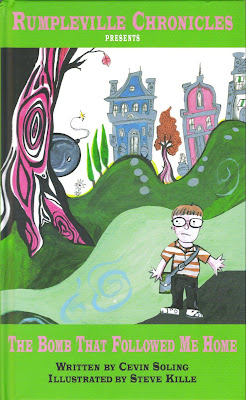 Disguised as a children’s book, Cevin Soling presents a cautionary tale about bringing home a stray. On his way home from school one day the narrator notices something following him. He tries to avoid being followed even by cutting through the crotchety old neighbors’ yard.

The answer from Mom (and Dad when he arrives home) to the question of keeping the object is “no.” Mom insists that the bomb might have an owner who misses it. Failing to assuage the feelings of the narrator that way, she insists – as does every parent trying to avoid a new pet – that the child will soon neglect his duties in caring for the bomb. The tale is the third in a collection of “fairly twisted fairy tales” that will surely bring a smile and even a stifled guffaw from the reader.

The artwork of Steve Kille is the perfect companion to Soling’s tale of “ka-BOOM!”

Need a quick sardonic pick me up? Then this book is for you. If you have trouble unpacking your sense of humor, I’d leave this one on the shelf. (three and one-half reading glasses for the pure pleasure of it) 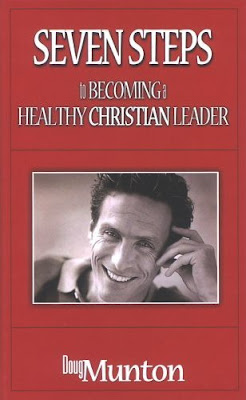 Doug Munton is the Sr. Pastor of the First Baptist Church of O’Fallon, IL. He is a personable minister with a heart for helping believers be all that God wants them to be. In that respect he wrote this short book on leadership.

In a world filled with books on leadership, one might ask why we need another. In answer, Munton offers a book that is decidedly Christian in its approach. This limits the audience, but removes it from the ever-growing stack of leadership manuals published both inside and outside the Christian community that propagate principles based on a business mindset. The resulting “Seven Steps” is more a prescription for getting off on the right foot rather than a “how to” book. The title of the book is a bit misleading because one “step” doesn’t necessarily build on another. Instead the reader will find an organized look at practices of a healthy Christian leader. The idea of steps leads many to follow the philosophy that he should work on the first one until he gets it right, and then move on to the next. I reality, the advice about each practice of a healthy leader is all-encompassing. It is more of a pool to swim in than a ladder to climb.

Each chapter develops another needed practice in the life of the leader. Munton uses personal anecdotes along with engaging examples to get each point across. Many of the principles espoused are either obvious for the Christian leader, or a re-hashing of many of the principles developed (often at much greater length) elsewhere. The closing chapter is probably the most unique to this book and the most needed advice to people who would be leaders in some Christian church, ministry, or arena.

Munton’s “Steps” are as follows: A healthy Christian leader . . .

Each step includes short segments dealing with various aspects of that particular practice and is peppered with parenthetical asides giving the reader a window into the humor of the author. The book is short (much shorter than most books on leadership) at 120 pages and easy to read. It is a great thumbnail sketch of the kinds of things necessary to stay healthy in ministry. I would recommend it for anyone in vocational ministry or working as a volunteer Sunday School teacher or ministry leader.

Given its limiting title, the book is decidedly aimed at a limited audience—people outside the Christian community would find little helpful in the book, and even within the Church society, only those who desire to be the best worker in the Kingdom will be interested in reading it. I might suggest, though, that any church or ministry might be well-served by having all of its members or workers read this book.

I give Seven Steps to Becoming a Healthy Christian Leader four out of five reading glasses and highly recommend it to all who are or would be leaders. 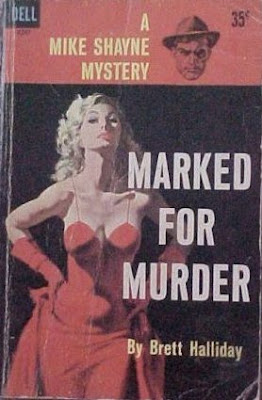 As a mystery reader there are a few standards that I like to get to from time to time. Hammett is a must; is excellent to read occasionally; it’s nice to enjoy Poirot or Miss Marple once in awhile. So there are some standards I like to pick up when I can find them. I don’t always like them, though I know I ought to try them. I’ll admit that I’ve never made it through one case with Perry Mason, though I’ve tried two or three. But until 2008 I hadn’t had the opportunity for several great detective stories. As readers will recall, toward the end of 2008 I finally took the opportunity to join the 87th Precinct in a case or two and look forward to more book fairs to find more of those good cases. Also, as the year drew to a close and I was looking for a good relaxing mystery, I discovered my first Mike Shayne story in a stack of book fair finds. Halliday’s Shayne has been one of those characters, like Hammett’s Nick Charles or Sam Spade that everyone should at least try out if you want to read mysteries.

What with the holiday bustle and the endless travel that accompanies it, I took a bit longer to read Marked for Murder than I would have desired, but here’s what I found:

Mike Shayne is all he’s cracked up to be. He’s a quick thinker, a man’s man (not to mention a ladies’ man). He solves the case with dogged persistence that is sometimes lacking in the police. In this case, his best friend, Tim Rourke, is stirring up a hornet’s nest as he reports a series of murders that seems to be connected to the burgeoning gambling racket on the Beach. Each of three victims has been seduced away from winning tables by a gorgeous blond, and subsequently found dead minus the winnings and with .32 bullets managing the murder at close range.

For all the trouble he’s causing with his stories, Rourke is found shot in his apartment. It doesn’t hurt that a number of blonds have been seen visiting, or that he is known to have an affinity for blonds. At the news of his buddy’s misfortune, Shayne hops the first train from to work with his friends at the Miami Police Department to the chagrin of the Miami Beach Police Chief. Amid the incompetence (or lack of initiative) of the police, Shayne investigates by following leads that the Chief Painter wants to ignore. . . and finds the killer in the sea of blonds.

Lovers of mystery stories will like this one. I know I did. The dated language and setting are easy to overlook because the characters and the plot itself are so enjoyable. Halliday doesn’t waste time with intricate plot twists, but instead lets us watch while his private detective methodically tries every piece of the puzzle until it fits.

Brett Halliday, Mike Shayne, and Marked for Murder, get three and one-half stars for a fun story. I’m looking forward to more outings with this master detective.